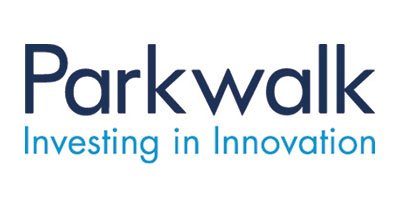 As HMRC announces a record £9.2bn in CGT receipts, Parkwalk looks at flows into the tax-efficient sector in 2018/19 and why EIS should play an increasingly important part in client conversations

And breathe … though not for long. The tax-year end is always a busy time for tax-efficient fund managers and financial advisers but this year was more complicated than usual – and I am not talking about Brexit. No – this was the first tax year since the implementation of the much-documented ‘risk to capital’ rule changes to Enterprise Investment Scheme (EIS) and venture capital trust (VCT) investments, which kicked in at the end of the 2017/18 tax year. This resulted in a changed risk profile for both schemes, but it was the EIS industry that felt the bigger impact as asset-backed and film finance-focused funds – among others that are now no longer allowed – were more prevalent in that side of the tax-efficient market. As a result, while the VCT arean has seen its second largest fundraising year – and indeed its largest with 30% tax relief – of some £731m, the EIS sector is down from its highs. Estimates for managed EIS flows suggest it has fallen from a similar size to this year’s VCT market to closer to £400m. The marked difference in fundraising for the two schemes seems odd given the investment rules are the same and EIS and VCT funds are effectively investing in the same types of assets – that is to say, growth businesses. Many VCTs, however, have the advantage of legacy assets, which new investors still gain exposure to despite the rule changes – and so the VCT can continue to pay a consistent dividend. Nevertheless, as growth investments increase as a percentage of the portfolio, dividends will become more uncertain. At the same time, new deployment rules might limit the size of future fundraising for some VCTs which, in turn, would impact the level of capital available for dividends and share buy backs.

Historically one advantage EIS funds had over VCTs was the three-year holding period versus five years for VCTs but, in reality, the new ‘risk to capital’ rule changes mean investors should be thinking of a five-year hold for EIS funds. Both also have 30% income tax relief but VCTs will always have the advantage over EIS funds in terms of a simpler tax process – for example, certainty of tax date and one tax certificate – and an instant exposure to a large portfolio of assets. EIS funds on the other hand have a more concentrated portfolio – five to 15 investments, say – and the tax relief is attached to the underlying investments rather than the fund, which makes the tax relief timing uncertain and adds lots of paperwork. Digitisation of EIS3 forms is addressing that situation and there is hope the new EIS approved fund structure might address some of the administration and tax timing issues, but the industry waits on details from government on how it will operate. And while VCTs have greater portfolio diversification to help mitigate risk, EIS has income tax loss relief – and, as a result, an additional rate taxpayer has net exposure of 38.5p per £1 invested, which is quite some leverage. Unlike VCTs, EIS investments are free of inheritance tax (IHT) after two years. This is not enough of a reason to invest in EIS on a standalone basis but combined with the other EIS reliefs it is a bonus. Which brings us to the final benefit of EIS – capital gains tax (CGT) deferral …

As well as 30% income tax relief, income tax loss relief and IHT exemption, EIS provides investors with a CGT deferral option. HMRC’s CGT receipts hit a record £9.2bn in 2018/19 – up from £7.8bn in 2017/18 – driven in the main by the buy-to-let rule changes in terms of mortgage interest relief, which has made this asset class less profitable. To put these CGT receipts into perspective, they are over 70% higher than the much publicised £5.4bn IHT receipts. So how does EIS help? A £100,000 gain on a property invested into EIS not only results in £30,000 initial income tax relief but a deferral of the £28,000 CGT liability on the gain. This liability can be deferred indefinitely by reinvesting future proceeds back into EIS investments – thus also gaining more initial tax relief. Also, given CGT disappears on death, and EIS investments are IHT-free, there is the potential to save 30% initial tax relief, 28% CGT and 40% IHT – a tax saving of 98%! Clearly the returns must justify the risk – and there is a risk the EIS investment fails and the investor is left with a crystallised CGT lability. Furthermore, while there is a collection of EIS managers with good, relevant track records, delivering attractive growth returns, like everything in life, timing is important. The most credible EIS managers, by third party research scores, will be deploying capital over a 12 to 18-month period. That means, if you are looking to use EIS for CGT deferral purposes, this deployment lag needs to be factored into the three-year window to invest in EIS after realisation of the gain. As an example, Parkwalk, the largest EIS fund in 2018/19, take an average of 12 months fully to invest subscriptions. Despite this being one of the fastest times in the market, that means any gains made before mid-2017 are going to struggle to be invested in EIS investments in time. So, if you can, don’t wait to have EIS and CGT conversations with clients. EIS funds that do offer quick deployment, especially at the end of the tax year, tend to be the less established managers. Regardless of CGT, start EIS conversations early – subscribing in a fund now offers the chance of investment in 2019/20 for carry back to 2018/19 which simplifies tax planning. Yet CGT makes EIS fund subscription timing more imperative. So, given the record receipts, the 2019/20 busy season might have kicked off already …